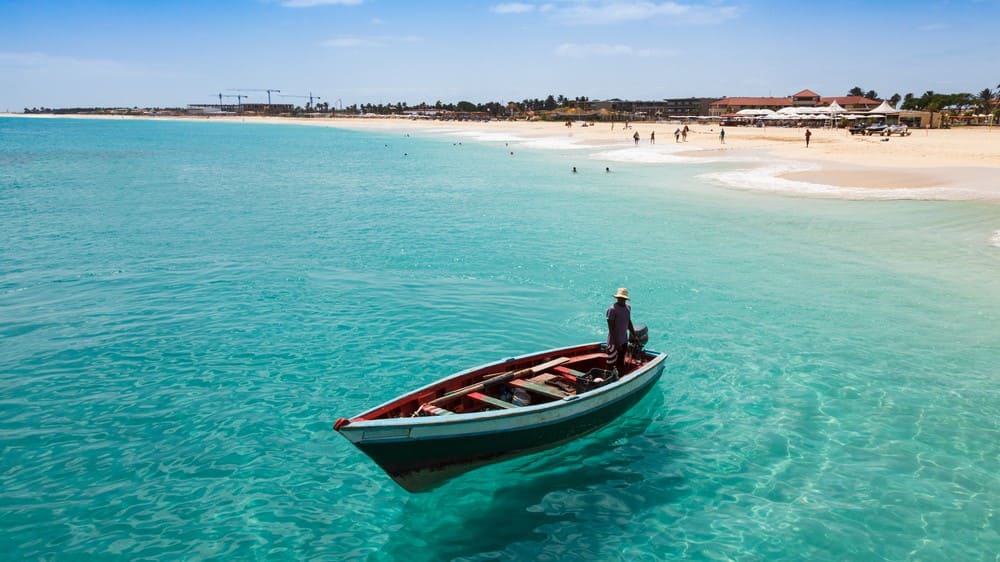 Corona on Cape Verde – Return of the Tourism

Since the beginning of the pandemic, all international flights to and from Cape Verde have been suspended to prevent the spread of the virus. At the same time, tourism has also come to a standstill. The first infection was registered on the island of Boa Vista. For this reason, all traffic routes to the rest of the country were closed until recently.

We are in contact with our scholarship holders on site and thus gain a direct insight into what life is like at the time of the crisis. Since the people in Cape Verde have a very social interaction, the quarantine measures are particularly difficult for the population. Most families are also facing difficult times financially. One reason for this is that many inhabitants are directly or indirectly employed in the tourism industry.

The Cape Verdeans are a very happy and positive folk, which is how we got to know them during our foundation trips to Cape Verde. Due to the pandemic, however, many things have changed, schools, churches and many other institutions have been closed.

One of our scholarship holders told us how her everyday life looked like during the state of emergency on the island of Boa Vista:

„I found it especially hard to know that family members, friends, and others are in need of help and that I cannot help. When the virus broke out, my classmates and I were in the internship phase of our training as hotel managers. I actually live in the city of Praia, the capital of Cape Verde, where our school is located. For the school internship, I went to the island of Boa Vista to do the three-month internship there. When the virus broke out on the island, I was not allowed to return to my family. Until the end of the state of emergency declared by the government, I was stuck in a hotel. There I helped to cater the staff and keep the hotel clean. Otherwise, I was alone in my room. This time was especially hard for me and all the others. We all had to adapt to this new way of life to contain the spread of the virus. In my opinion, not everything depends on the actions and measures of the government and tourist facilities. Much also depends on the cooperation and behaviour of the Cape Verdean citizens.“

Despite the temporary unemployment, the people we are in contact with are very positive. They believe that Cape Verde will soon be allowed to open its doors to the world again and that life will return to normal.

In Cape Verde too, the government has taken some measures to slow down the spread of the pandemic. Both, our scholarship holders and the majority of the population, are satisfied with this aid.

In particular, the government is supporting families who have been very badly affected. For example, the families in Santo Antao will be relieved of electricity costs from April to June. On another island, families are given up to 50 litres of water a day free of charge. Families also receive food aid and cisterns and washbasins have been built on the streets.

Normalisation of the Crisis Situation

It is only since the end of May 2020 that the state of emergency on all islands has been lifted. Thus, the ship connections for the transport of passengers –

Inter-island flights are permitted from 30 June 2020, including Santiago. Since the end of May, it has been possible to visit the beaches on all the islands again for recreational purposes.

The government has also presented a health programme and plans to open the borders from July 2020. This will also make tourist travel to the country possible again, which is very important for all Cape Verdeans. Many jobs depend on this.

The entire population is working hard to keep the situation in the country under control to enable tourists to enter and stay safely.