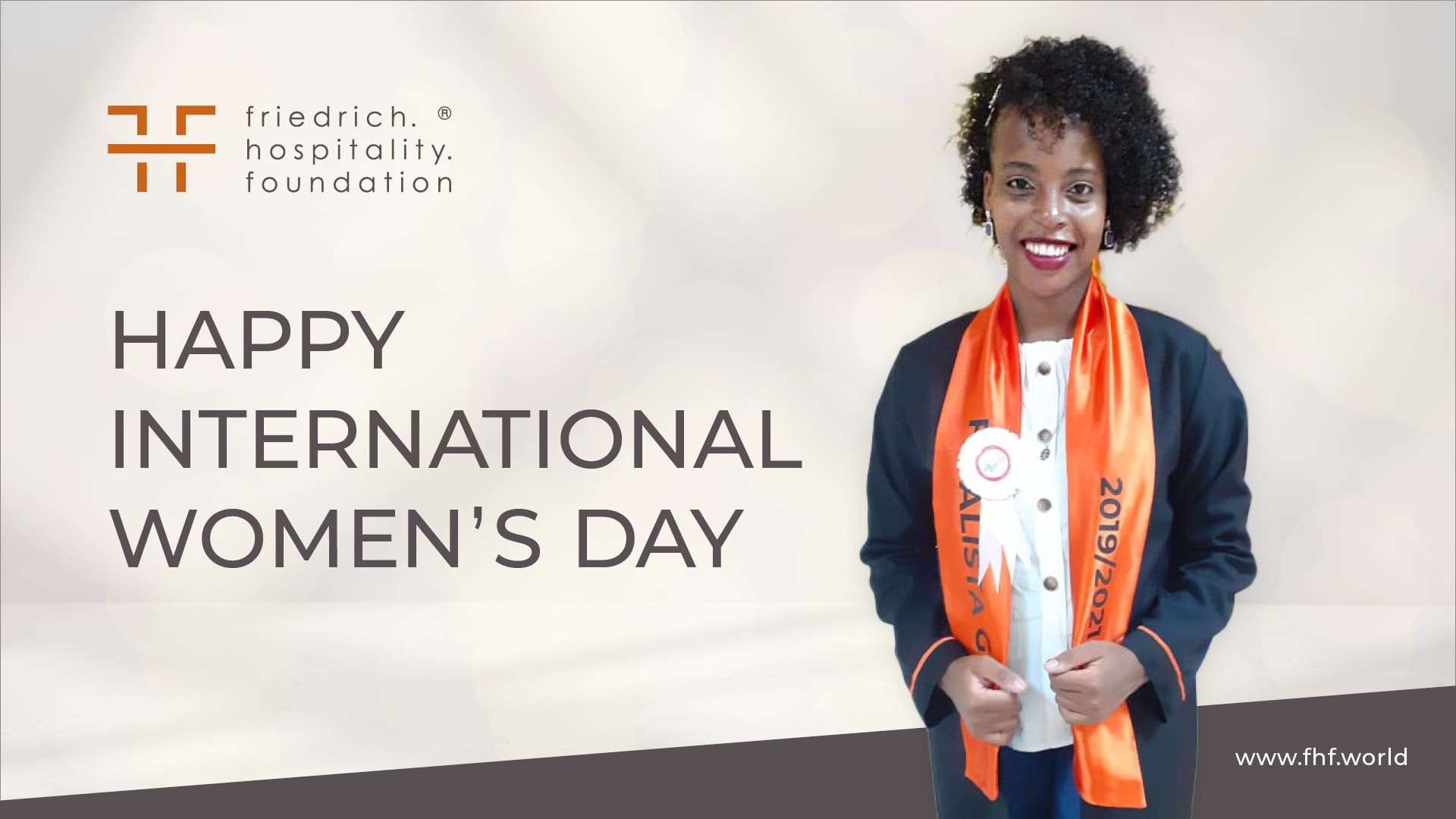 Happy World Women's Day! The International Women's Day is celebrated every year on March 8th, for over 100 years now. In the German federal state of Berlin, it is a public holiday since 2019.

On International Women’s Day, many African countries draw attention to the inequalities and injustices from which many women in Africa still suffer. Especially in southern Africa, young women rarely have access to education. We at Friedrich Hospitality Foundation (FHF) want to change this. We support the Hotel Management School for Girls in Moshi, Tanzania, where girls from socially disadvantaged backgrounds get education.

Over the past decades, women have overcome numerous challenges and managed to fight for their place in social structures. They are active in politics, for example, or work in public administration. Nevertheless, there are still considerable inequalities and injustices between the two sexes.
The COVID-19 pandemic in particular made it clear that many women work in system-relevant professions such as hospitals or nursing, which often is a back-breaking job. And for many women that is not all: In addition to their jobs, they try to juggle family, household, and even homeschooling during pandemic times. This is what makes women our true everyday heroines.

The Role of Women in Africa

Due to social change, the role of women in Africa has also changed considerably in many regions of Africa. In private as well as in professional and public life, African women now take a much more active role. But unfortunately, this is not the case everywhere: In some regions of Africa, it is still not a given that women can go to school or learn a profession.
All the more reason for us at FHF to support projects that support young women.

Silvana: Role Model for the New Image of the African Woman

Silvana is a young woman from Cape Verde who, at the age of 19, started a two-year training course at the Hotel Management School for Tourism and Hospitality in Praia. She is one of our scholarship holders after successfully passing our interview. She lives in Cape Verde with her single mother and two siblings and dreams of running her own business in 10 years.
During her hotel management training, she unexpectedly became pregnant. Contrary to many expectations, Silvana managed to continue her training almost seamlessly after the birth of her daughter and successfully completed it. She is now on a compulsory internship.

Silvana told us that her daughter has made her even more motivated to achieve her goals to be able to take care of herself and her daughter as best as possible.
Despite all the hurdles (including the pandemic), Silvana has not lost sight of her goal of leading a financially independent life. This makes her a role model for many young women and especially for her daughter. We are proud of Silvana and all our scholarship holders who work so determinedly and hard for their independent future!