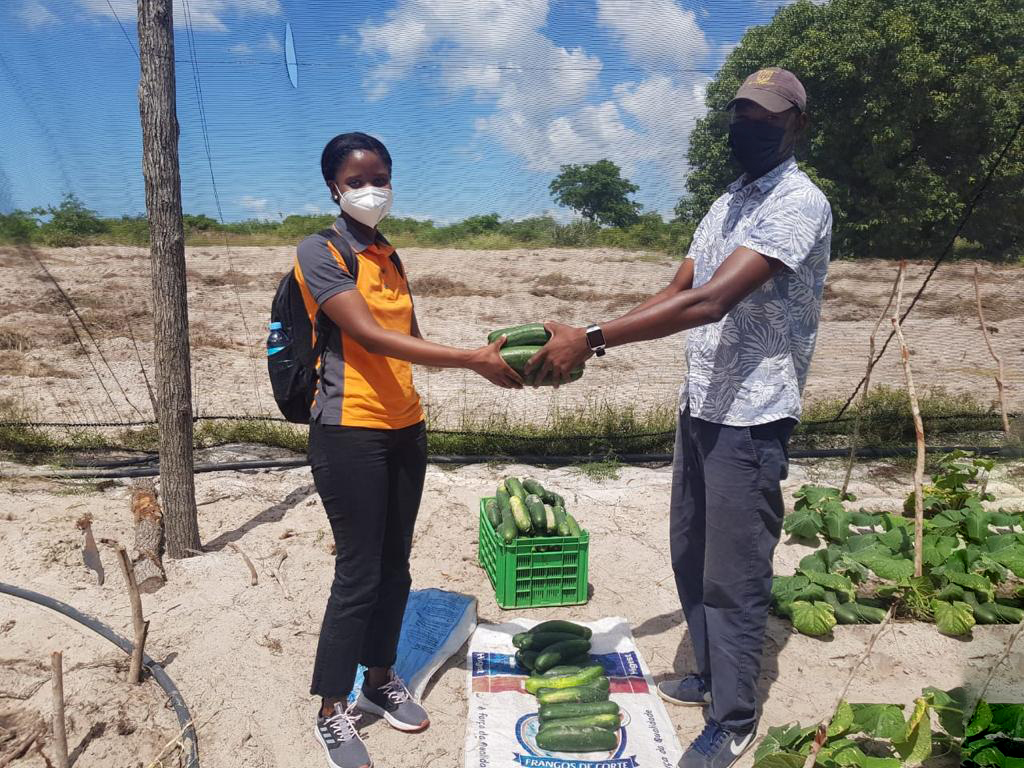 Feedback on the Agricultural Project

Today, the meeting with the Vilankulo Municipality was scheduled at 9:00 a.m., where I evaluated the agriculture project with the project coordinators. I was a bit excited before the meeting because I didn’t know what to expect and who would be there. When we arrived, the head of the department of local economic development was already waiting for us. The meeting was also attended by the deputy director, the agricultural trainers (Mr. Sebastiao, Mr. Benicio, and Mr. Horacio), and Joaquim Mucave, the DMG country representative. We discussed some ideas on how to further optimize the project such as the creation of an agricultural cooperative. This will help farmers coordinate fields to ensure more diverse production. Overall, the agricultural project was very positively evaluated by all sides and can be considered a great success.

About the Agricultural Project

In a joint initiative of the mayor and the DMG, the agriculture project in Vilankulo came to life, with the FHF acting as the project executing agency. The aim was to improve the cultivation of vegetables and pulses in the city of Vilankulo. As a result, production for own consumption could be increased and the surplus could be sold to the local informal market.
The agricultural project lasted for 12 months and had been completed by the time of my visit. The participants were farmers between the ages of 18 and 60.

Tour of the Greenhouse

After meeting with the project coordinators, Joaquim and I drove about 35 minutes to the greenhouse together with the trainers. I was really looking forward to getting to know them in person because many faces I only knew from photos we received for our project reports. I was also very excited to learn what the project meant for them and how it impacted their lives.
When we arrived, the farmers were harvesting cucumbers and preparing new beds for vegetable planting. As a sign of gratitude, they gave us some cucumbers. This was a very special moment for me, which I will not forget so quickly.
On site, I was very pleased to see that the greenhouse continues to be used as a trial field for the training of young farmers and that everyone is very conscientious with the available resources.

The older farmers in particular told me that they had learned everything about farming and cultivation from their parents and grandparents from an early age. Even though this meant that they had already acquired a great deal of knowledge without professional training, they were very grateful that they were able to participate in the agricultural project. This allowed them to learn new methods to expand their knowledge. The farmers proudly told me that for the first time they had grown vegetables such as broccoli, eggplant, and tomato varieties that were previously unknown to them.
After the project participants had told us not onlz about their achievements, but also about difficulties, and we made an appointment for the next morning when we would visit their own fields.

For the first time, the farmers recorded their harvest together with the trainers and documented the yield. The new farming methods enabled Senhora Delia, for example, to achieve significantly higher yields of tomatoes. By selling the surplus, she made a profit of 18,000 meticais (about €269.84).
Senhora Delia realized that sustainable farming methods could provide financial security. She, therefore, decided to send her son to an agricultural school.

During our project, there were many requests from farmers in other communities who also wanted to participate in our training program. Unfortunately, this was not possible because the first part of the training had already been successfully completed.
However, the desire for more knowledge, e.g., about new cultivation techniques, was so great among the local farmers that they joined forces and made an appointment with the municipality – with success! Through the Ministry of Agriculture and Rural Development and the International Labour Organization (ILO), two more greenhouses were built in the Alto Macase region based on our model. In these greenhouses, farmers are also trained and supported.
We are very proud that our agricultural project in Vilankulo is considered a showcase project by both local farmers and the city government. I, therefore, couldn’t wait to visit them to see for myself. I was also looking forward to telling the mayor of Vilankulo about it at our meeting the next day.